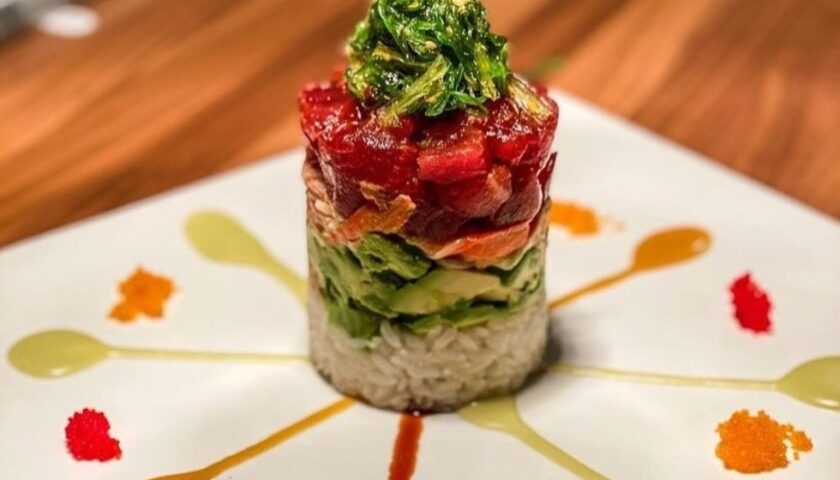 Probably the most popular part of CultureMap’s Tastemaker Awards, our annual celebration of the best in Dallas food and drink, is the category of Best New Restaurant.

This category is different from the rest of our editorial series, where we spotlight nominees in categories such as best bars, best neighborhood restaurants, best rising star chefs, and best ghost kitchens. Those are determined by a panel of judges consisting of former CultureMap Tastemaker Award winners and local F&B experts.

But the Best New Restaurant is the only category decided by you, via a bracket-style competition where 16 new restaurants go head to head.

You can vote once a day for your favorite. The voting goes four rounds, culling down to two finalists.

Who will win? Find out at the Tastemaker Awards party on August 19 at Fashion Industry Gallery, where we’ll dine on bites from nominated restaurants while emcee CJ Starr reveals the winners. Buy tickets here.

The list of 16 nominees is described below. These are the brave restaurants who opened during what had to be one of the most challenging times to ever open a restaurant.

Anju
Spot in Uptown Dallas provides an Asian and American dining and drinking experience. The menu features food from China, Korea, Vietnam, and Japan — noodle bowls, cheesy fries, and a kimchi of the day — while the cocktail program offers a choice between Korean or American mixology. One key feature is the patio, an award-winning stunner with a tree sprouting in the middle. They also host a variety of fun entertainments including karaoke and standup comedy.

Belse Vegan
State-of-the-art vegan dining at this plant-based restaurant in downtown Dallas comes with celebrity aura: It’s a spinoff of Little Pine, founded in Los Angeles by electronic musician Moby (who is no longer involved, but still fun to name-drop). There’s something refreshing about the matter-of-fact approach they take, with dishes such as a flight of ketchups served with French fries that make it feel like a restaurant that just happens to be vegan.

Elm & Good
Modern American tavern in the Kimpton Pittman Hotel, in the landmark Knights of Pythias temple in Deep Ellum. The menu changes frequently but might include a board such as the one with Raclette cheese, Genoa salami, pickled cauliflower, and fingerling potatoes. Weekend brunch every Sunday from 10 am-3 pm is a highlight, with shrimp & grits, smoked brisket hash, and a French-style omelet with parmesan, chives, Yukon gold hash browns, and arugula.

Encina
Seasonal restaurant in the old Bolsa space in Oak Cliff is from chef Matt Balke and front-of-the-house partner Corey McCombs. They’re putting out an uncomplicated yet adventurous menu with influences from Texas, California, and the South, with a focus on seasonality and fresh ingredients. A typical entree might be the lamb and pork bratwurst with green chili hominy grits and apple mustard, or The Cliff Flatbread with goat cheese, provolone, confit tomatoes, and arugula.

Hawthorn
Upscale restaurant in AT&T’s Discovery District in downtown Dallas is from Apheleia Restaurant Group (Oak Dallas, Merchant House) and combines fine dining with an elegant clubby atmosphere. Open for lunch and dinner, it’s definitely there if you want an ambitious meal, with caviar, Wagyu beef, and Prime steaks from Allen Bros., plus a long and glorious wine list. There’s also a separate full menu of sushi, sashimi, and raw-bar specials such as oysters and poke.

Hai Di Lao Hot Pot
Chinese hot pot chain was founded in China in 1994 is expanding into the U.S., where it debuted in Los Angeles in 2013. You choose your soup base, different meats and veggies, and a huge sauce bar. The food is well regarded but it’s all the other stuff that makes this place such a trip: A robot delivers your order to the table playing music, and there’s an item on the menu called “dancing noodles,” wherein a “noodle dancer” makes hand-pulled noodles tableside.

Jaxon
Restaurant-beer garden features 34 beers on tap and modern/classic fare influenced by Texas, Louisiana, and New Mexico. Design elements include a mixed media collage of movie stars and Texas celebs; antlers at the beer taps; cactus terrariums; and artwork from vintage bricks. In addition to a dining room seating 165, Jaxon has a 10,000 square-foot patio with views of AT&T Discovery District’s courtyard and 104-foot-tall, 6K-resolution media wall.

Krio
Cajun-Asian restaurant in the Bishop Arts District began as a pop-up before owners Dan Bui and Connie Cheng found this permanent location. Specialties include jambalaya eggrolls, with chicken jambalaya stuffed into an eggroll, and Cajun-esque baos, with pickled carrots, green onion, sriracha aioli, and choice of chicken, Andouille sausage, or shrimp. Their slogan sums it up: “Where the Far East meets the Deep South.”

Manpuku
Chain of Japanese barbecue (yakiniku) restaurants from Tokyo opened its first restaurant in Texas in Dallas, on Greenville Ave. The yakiniku experience focuses on bites of raw protein and vegetables cooked tableside over small grills and eaten fresh and hot. In addition to a la carte items such as beef tongue, guests can order omakase-style for two or four and receive a selection of meats, plus sides, salads, and soft serve, for a fixed price of $40-$100 per person.

Marugame Udon
Chic udon noodle concept from Tokyo first came to the U.S. with a flagship store in Waikiki, Hawaii, before expanding to California, then Texas. It serves Sanuki-style noodles — a thicker noodle, uniquely chewy yet tender, whether in soup or topped with sauce. In addition to noodle bowls, there’s tempura, Japanese street food, robata-style char-grilled skewers, and sandwiches such as Spam and cheese on lightly toasted Japanese milk bread.

Meridian
Modern Brazilian cuisine from chef Junior Borges is the fine-dining spot that’s part of an entire slate of restaurants rolled out at The Village, the massive residential apartment community in the middle of Dallas, which executed a mixed-use lifestyle project with food and entertainment in early 2021. The restaurant features Brazilian-inspired dishes, with snacks, cocktails, salads, brioche, or a family-style feast from a live-fire hearth.

Monarch
Downtown restaurant is located at The National, a residences-plus-hotel in downtown Dallas, is another newcomer to Dallas that vows to change the local Italian scene, via dishes like a $55 lasagna and a $12 side of charred asparagus. Its skytop perch affords amazing views, making it the latest special-occasion choice. It comes from gregarious Chicago chef Danny Grant, who has his sights set on Dallas with other openings in the works.

Rise & Thyme
Charming seasonal American cafe in the AT&T Discovery District in downtown Dallas is from celebrity chef Amanda Freitag, a Food Network regular who has battled Bobby Flay on Iron Chef America, competed for the title of America’s Next Iron Chef, and serves as a judge on Chopped. It’s a practical and accommodating place, open for breakfast, lunch, and dinner, with salads, sandwiches, pastas, and patty melts.

Wok Star Chinese
Modern-but-authentic take on Chinese food from David Romano is now open at The Hill, at US-75 and Walnut Hill Lane, with some hyper-authentic dishes — including the hugely popular xio long bao, aka soup dumplings, as well as hand-pulled noodles and two kinds of buns, veggie and pork pan-fried. They also do the “Chinese” Americans grew up with, such as General Tso’s chicken, kung pao chicken, and beef & broccoli.